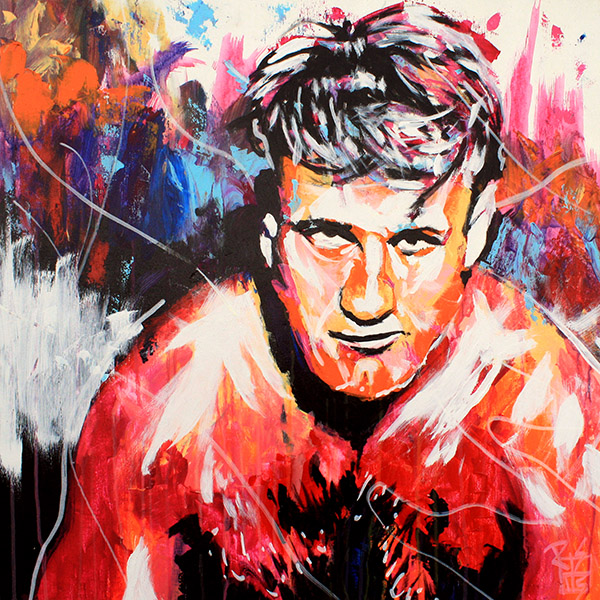 Bronko Nagurski is universally regarded as one of the greatest athletes of the last century, both on the gridiron and in the squared circle. Bronislau ‘Bronko’ Nagurski was born on November 3, 1908 in Ontario, Canada and moved to Minnesota at the age of five. The very prototype of the cornfed monster at six foot two inches and 226 pounds, he was recruited by the University of Minnesota simply by the coach driving by and seeing him working in the fields. From 1927 to 1929 he played both tackle and fullback. Even today he would be considered a monster, but back then he was an unstoppable force.

From 1930 to 1937 he played professionally for the Chicago Bears, leading the team to win several division titles and two National Football League championships. Speaking of, Nagurski has the largest recorded NFL Championship ring size at 19 1/2, and was likely the largest running back of his time. He served as a forerunner and inspiration to the likes of Marion Motley, John Henry Johnson and Jim Brown. He’s the only player in NFL history to be named All-Pro at three non-kicking positions.

In 1933 he began a second successful athletic career when former World Champion Joe Stecher‘s brother Tony recruited him into pro wrestling, becoming an instant hit. He paved the way for multi-sport athletes to follow, such as Verne Gagne, Bob Geigel, Wahoo McDaniel, and up to today with Brock Lesnar. His greatest victory in wrestling came on June 23, 1939 when he defeated Lou Thesz for the National Wrestling Association World Heavyweight Title. He would lose the next year to Ray Steele, but regained it the following year, again losing three months later to Sandor Szabo. He returned to the Chicago Bears in 1943 due to a lack of players, as most of the team was serving overseas for World War II, again leading them to win the championships against the Washington Redskins. He retired from wrestling in 1960. He owned and managed a service station in International Falls, MN until 1978, enjoying full retirement until his passing on January 7, 1990.

About the piece: I experimented a bit, applying the paint primarily with palette knife, but then soaking it with a wet sponge brush, letting it drip around and creating a distinct texture. Once that dried, I tightened it up by applying white paint with a dry sponge brush and some accents with a white paint marker.