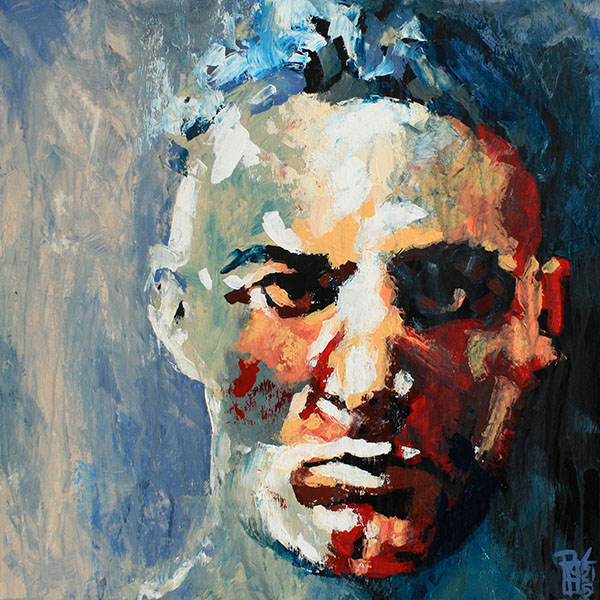 Joe Stecher is the first wrestler in history to be a multiple-time World Heavyweight Champion. Joe Stecher was born on April 4, 1893 on his family’s farm in Dodge, Nebraska, the youngest of eight children. Joe and his two brothers were enrolled in the local YMCA’s wrestling program, of which all three excelled at. Joe began wrestling professionally in 1912 in both organized matches as well as on the carnival circuit taking on all comers. During this time he caught the attention of ‘Farmer’ Martin Burns, the mentor of the current World Champion Frank Gotch. As the years went by, Stecher continued to defeat all of his challengers in 15 minutes or less, including Bob Managoff Sr, father of future World Champion Bobby Managoff.

On July 5, 1915 in Omaha, Nebraska Joe Stecher defeated United States Champion Charlie Cutler for Frank Gotch’s vacated World Heavyweight Championship. At 22 years of age, he was the youngest World Champion to date but always remained in Gotch’s shadow as the former champion was never defeated for the title. A match was planned between the two but had to be cancelled due to an injury Gotch suffered that eventually led to his passing away. On April 9, 1917, again in Omaha, Stecher was defeated by Earl Caddock for the title. Caddock left to serve during World War I, during which time Stecher became the disputed World Champion, which he defended until Caddock’s return. On January 30, 1920 the two collided at a packed Madison Square Garden, in what is the also the oldest surviving filmed wrestling match. Stecher came out the victor and the undisputed World Heavyweight Champion. This also marked Stecher as the first ever two-time World Champion.

Going back to 1915, Stecher had also begun a long-running rivalry with Ed ‘Strangler’ Lewis, seeing the two battle around the country. The duo had matches that would run two hours and one time even over six hours until the fairgrounds shut off the lights forcing an end to the match. Lewis defeated Stecher for the title on December 13, 1920 in New York City. Joe Stecher regained the title on May 30, 1925 in St. Louis, Missouri from Stanislaus Zbyszko and lost it for the final time on February 21, 1928 to Strangler Lewis. He retired fully from wrestling in 1934.

About the piece: For the background and the blue areas of the figure, I applied the paint with a palette knife and then ran water over it with a sponge brush while it was still wet, making a more ethereal effect. Then for the warm colors I strictly used only the knife, creating an effect of his intensity and power still exploding out of the mists of the past. I felt the warm colors were a little too vibrant, so I then watered down some black paint and spread that over it, also balancing the overall piece.