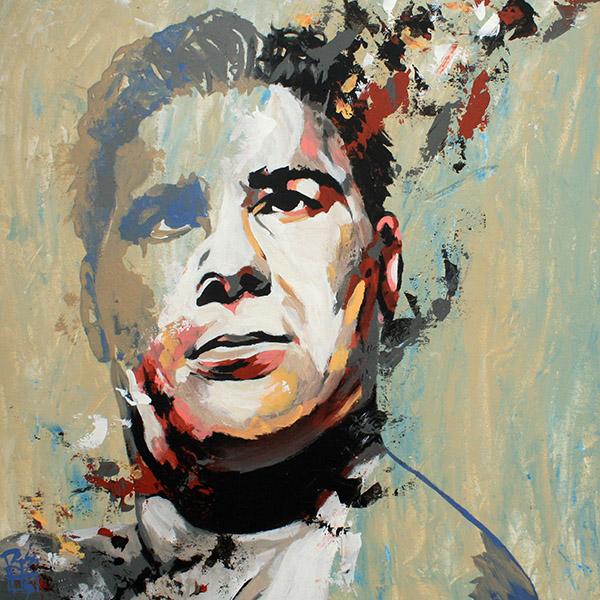 Bobby Managoff was likely the first World Champion in professional wrestling history of Armenian descent. Robert Manoogian Jr was born in 1918 and was trained by his father, who once had a match against Frank Gotch, to be a wrestler. His sister was the popular singer, model and actress Armenuhi Manoogian, who worked as Kay Armen. After moderate success in the pre-National Wrestling Alliance territories where he won the Texas Heavyweight Championship under the name Bobby Managoff, he signed with the rival National Wrestling Association organization in 1942. On November 27 of that year he defeated Yvon Robert for the World Heavyweight Championship and would then defend it across the nation. Bobby lost the title to ‘Wild’ Bill Longson on February 19, 1943 in St. Louis, MO.

After leaving the National Wrestling Association in 1944 Managoff returned to the National Wrestling Alliance, mostly working in the Texas territories. He had a notable feud with the “Nature Boy” Buddy Rogers during that time. In the latter part of the decade he worked often in the Hawaii territory and won the NWA Hawaii Heavyweight Championship, before losing it to Dean Detton to close out the 1940’s. In the early part of the 1950’s Managoff had a rivalry against Whipper Billy Watson, then in the middle of the decade worked in the Montreal area. He retired from professional wrestling in 1966, and passed away on April 3, 2002. He was inducted into the National Wrestling Hall of Fame in 2000 as the first recipient of the prestigious Frank Gotch Award.

About the piece: I’m really happy with how this one turned out on a stylistic level, as I feel I broke through to another level on it. There are of course a lot of entrants in the Champions Collection that are still household names like Hulk Hogan or Stone Cold Steve Austin, or even Lou Thesz and Verne Gagne. Others have drifted from such notoriety and are largely overlooked today, and it is for them that I’m the most passionate with my work. Their contributions to professional wrestling still resonate today, and I am so happy to recognize all that they accomplished.