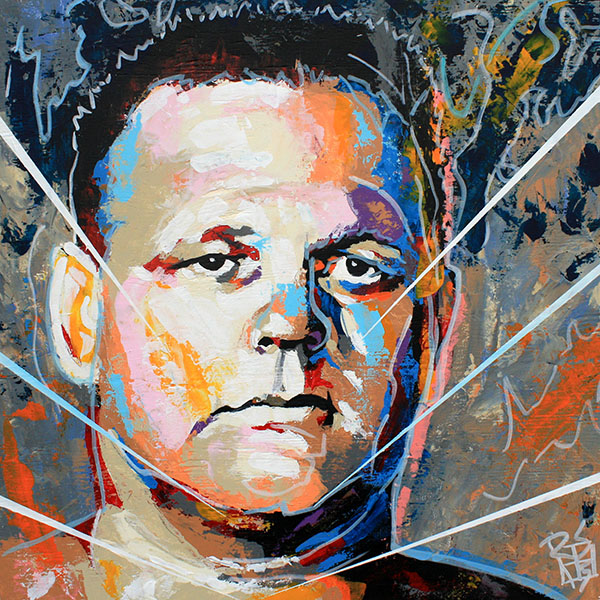 Dick Hutton epitomized what a wrestling champion was seen as during his time in the squared circle. Richard ‘Dick’ Hutton was born on October 4, 1923 in Amarillo, Texas. During his childhood he and his family moved to Oklahoma, and he later joined the army and served during World War II. Upon returning he attended Oklahoma A&M and then Oklahoma State University. While at Oklahoma State he was a three-time NCAA wrestling champion in 1947, 1948, and 1950. He lost in the finals in 1949 to none other than Verne Gagne. He competed in the 1948 Olympic Games and came in fifth for Freestyle Wrestling.

After being trained by the legendary Ed ‘Strangler’ Lewis, Hutton debuted in 1952 in a losing effort against Bill Longson. After traveling around the various US wrestling territories and went undefeated in Ohio taking on all comers from the audience. During his travels he became friendly with the National Wrestling Alliance World Champion Lou Thesz, another of Lewis’ proteges, and was tapped to become the next NWA Champion. During this time period, for someone to become the NWA World Champion they had to legitimately defeat the reigning champion in a closed-door private match to prove that they would be able to fully defend their title should someone go rogue. With the legends about Thesz, that tells us how skilled Hutton was as a grappler. In front of 10,000 people at Toronto’s Maple Leaf Gardens Hutton defeated Thesz for the title on November 14, 1957.

Dick Hutton defended the title around the world for 421 days before being defeated by Pat O’Connor on January 9, 1959 in St. Louis, MO. He also teamed regularly with Gene Kiniski in Toronto. Hutton was forced to retire from the ring due to heart troubles and other injuries in 1964. He was inducted into the National Wrestling Hall of Fame in 2000. Dick Hutton passed away on November 24, 2003 at the age of 80. Speaking of Hutton, Lou Thesz said he was “one of the best mat wrestlers ever and one of the truly great champions in wrestling history.”

About the piece: I’ve said this about others, and it holds true again here. Several wrestlers from the past, even ones who were at the top of the business and highly regarded by their peers, eventually fall from the public’s memory. The main point of the Champions Collection is to celebrate all of them, and to show that they still matter today. I admit to not being overly familiar with Hutton before starting this piece myself, so there was more of an onus on me to make it as visually interesting as possible to lead people to say, “Who is this? I want to know more about them!” Hopefully I accomplished that here.