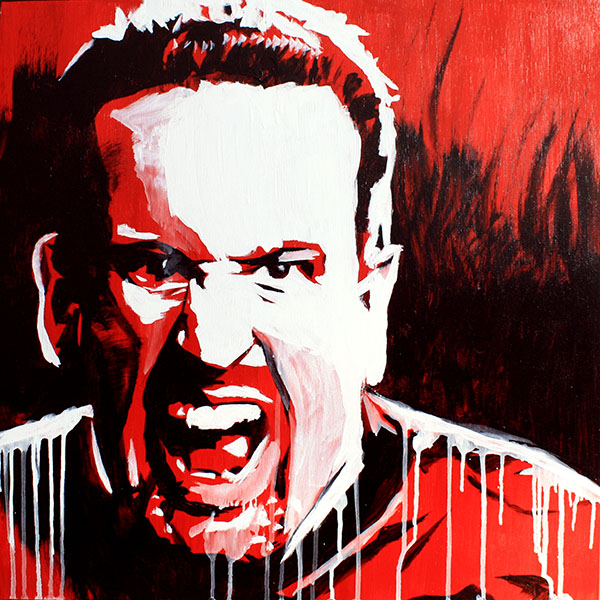 When you say ‘hardcore wrestling’, one of the first names you think of is Tommy Dreamer. Born Thomas Laughlin, he cut his teeth in the early 1990’s with various East-coast promotions as Tommy Dreamer before debuting with Extreme Championship Wrestling in 1992. Dreamer’s first major feud with ECW was with the Sandman, the highlight of which was the first Singapore Cane Match, inspired by the caning of American Michael Fay in Singapore as a means of punishment. Dreamer took his lashes, then got on the mic and asked for more, making him very sympathetic with the crowd. He would then go on to his biggest and most memorable feud with Raven, playing off the storyline that they were childhood friends who had always resented one-another. Dreamer would stay with the company through its closing, becoming their World Champion one time after beating Tazz.

In 2001 he joined the WWE, participating in the WCW/ECW Invasion angle. He would go on to a series of singles matches and became a 14-time Hardcore Champion (really) before losing to Rob Van Dam in a match that unified that title with the Intercontinental Championship. He transitioned for a while into backstage office jobs with the company before helping relaunch the ECW brand under WWE. He would become ECW Champion there in 2009 after beating Christian, becoming the only wrestler to hold the title in both of the company’s incarnations.

He briefly worked for TNA as a part of the unofficial ECW invasion of the company known as EV 2.0, before moving to the independent circuit and lending his star power to promotions like Metro Pro Wrestling, EVOLVE, Dragon Gate USA, Chikara, and more while also making periodic appearances for WWE and TNA. He has a lifelong passion for pro wrestling, and his continued involvement is a testament to that.

About the piece: This is another one that shows sometimes it’s best to go with the easy solutions. Tommy’s colors have long been red, white and black, which a strong palette to work with. I stripped them down to basics to show his energy and convey the violence he can bring.