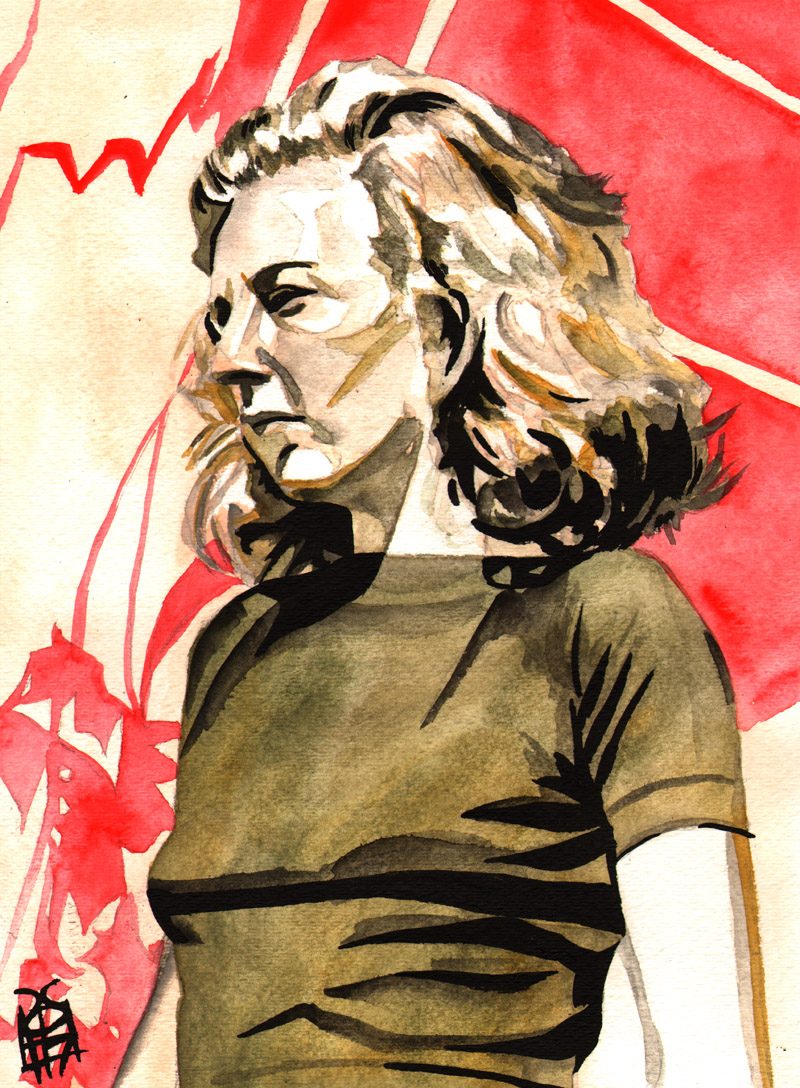 Martha Gellhorn
Ink and watercolor on 9″ x 12″ watercolor paper
The latest addition to the ‘She Changed the World’ collection!

Martha Gellhorn (1908-1998) was an important war correspondent who covered wars around the world for nearly sixty years. Born in St Louis, MO, she went on to attend Bryn Mawr College in Philadelphia, before dropping out to pursue journalism full time. She was a foreign correspondent in Paris after a stint at the New Republic, before returning to the US as an investigator for the Federal Emergency Relief Administration, where she traveled the country to report on the effects of the Great Depression. Her work there caught the attention of Eleanor Roosevelt that created a lifelong friendship between the two.

In 1936 she met Ernest Hemingway, and within months the two headed to Spain to cover the rise of fascism there and the eventual Spanish Civil War. The two were married in 1940, a union that lasted around four years. Martha soon headed to Western Europe to cover World War II, where she allegedly stowed away on a hospital ship for the D-Day landings. She was there for the liberation of the Dachau concentration camp, and her coverage of what happened there is still considered a landmark piece of journalism that opened the world’s eyes to the evils perpetrated by the Nazis. Her coverage of the war as a whole changed war reporting, as well.

She later covered the Vietnam War, the Arab / Israeli conflicts of the 1960’s-70’s, civil wars in Central America and the American invasion of Panama in 1989. She wrote numerous books about topics including war, McCarthyism, travel and the quest for peace. Her tireless works as a journalist gave the world a better understanding of itself, what humans were capable of, and how we can strive to be better.