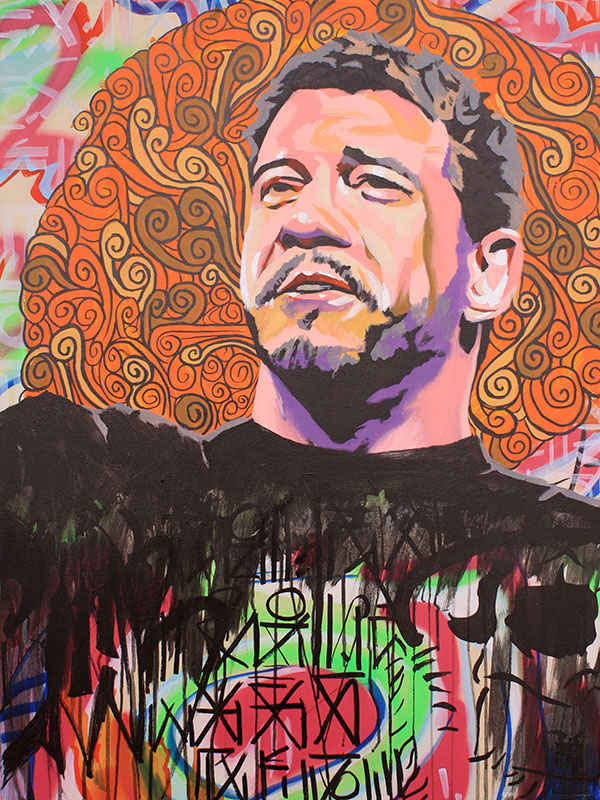 Looking at the combination of character, athleticism, and charisma, it’s hard to think of a better pro wrestler than Eddie Guerrero. Eduardo Gory Guerrero Llanes was born 1967 in El Paso to the legendary Guerrero wrestling family. As a child he would have matches during intermission for his father Gory’s promotion against cousing Chavo Jr while also competing as an amateur wrestler in high school and college. In 1992 he journeyed to Mexico to learn his craft, competing for Asistencia Asesoria y Administracion, first teaming with El Hijo del Santo as the new La Pareja Atomica, and later as a heel with Art Barr. He also worked for New Japan Pro Wrestling as the second Black Tiger, at one point challenging The Great Sasuke for the IWGP Junior Heavyweight Championship. In 1995 he joined Extreme Championship Wrestling, first competing against 2 Cold Scorpio and then beginning a rivalry with Dean Malenko, before soon leaving for World Championship Wrestling.

In WCW Eddie largely worked as a low- and mid-card talent, but made the most of his on-screen time to make his matches the highlights of the shows he was on. He had a series of matches against Konnan, followed by Ric Flair, then towards the end of 1996 feuded with Diamond Dallas Page. In 1997 he faced off against Scott Norton, X-Pac, Chris Jericho and Dean Malenko. He then began a longer program with Jericho for the Cruiserweight Championship, leading into a notable series of matches against Rey Mysterio. 1998 saw him compete against Booker T and his nephew Chavo Jr, before forming the Latino World Order with Hector Garza and Damien, and soon nearly all of WCW’s latin wrestlers. In 1999 he formed The Filthy Animals with Rey Mysterio and Konnan to face off against groups The Dead Pool and The Revolution. He left the company at the end of the year.

In 2000 he debuted on World Wrestling Entertainment’s Raw with Chris Benoit, Dean Malenko and Perry Saturn as The Radicalz, but was unfortunately injured in his first match with WWE. Upon his return two months later he entered into a feud with Chris Jericho for the affections of Chyna. Eddie and Chyna became an on-screen item and also competing together in mixed-tag matches, before Eddie left her for two of The Godfather’s hoes. “Two Mamacitas are better than one!” After a brief Radicalz reunion to face off against D-Generation X and The Hardy Boyz, he resumed feuding with Jericho and later defeated Test for the European Championship. He briefly left the company in 2001, working the independent circuit against Super Crazy, Juventud Guerrera, Psicosis, Rey Mysterio, and CM Punk, among others.

In 2002 Guerrero returned to WWE against Rob Van Dam in a highly-athletic rivalry, then briefly against ‘Stone Cold’ Steve Austin and later Ric Flair and The Rock. In August he switched to the SmackDown! brand and began feuding with Edge before beginning a team with Chavo Guerrero Jr as Los Guerreros. The duo were hilarious, appearing in videos that saw them sneaking into rich peoples’ houses to throw a pool party and stealing candy from babies to get across their “We lie, we cheat, we steal, but at least we’re honest about it” slogan. The had a notable run against Kurt Angle and Benoit and later Charlie Haas and Shelton Benjamin. Following an injury to Chavo in 2003, Eddie briefly teamed with Tajiri, before Eddie returned to singles competition.

In 2004 Eddie won a battle royal to earn a shot at the WWE Championship, elevating him to main event status. After making his way through champion Brock Lesnar, he went on to face and defeat Kurt Angle at WrestleMania XX to retain the title. He then entered into a bloody and physical feud with John ‘Bradshaw’ Layfield, before resuming his battles against Angle. In 2005 he first started teaming with Rey Mysterio before beginning an intense rivalry revolving around the paternity of Mysterio’s son. His final rivalry saw him squaring off against Batista. Eddie Guerrero passed away unexpectedly on November 13, 2005. He is survived by his widow Vickie, and daughters Shaul, Sherilyn and Kaylie.

At the time of his passing, Eddie was my favorite wrestler, and WWE’s two tribute shows to him were so incredibly emotional and genuine. Watching JBL talk about what Eddie did for him personally and professionally still chokes me up. Viva la raza!

About the piece: After I’d penciled the piece out, I had it sitting on my easel and I didn’t really know what direction I was going to go with the paint yet. There’s a glass block window behind me, and the diffused light created a sort of halo around him, and BAM, I knew what I was going to do. There’s a fine history of latino street art, with a bit of an origin in Los Angeles’ Cholo Graffiti with Chaz Bojorquez. Before I came in on the figure, I first laid down some spray paint vibing off of the works of Revok, before adding some Bojorquez and Retna homages. I then brought in the ‘halo’ shape I had seen El Mac use in some pieces, before bringing in Eddie’s proper portrait. The piece is as much a love letter to Eddie as it is to Latino culture and also to represent Eddie faith. There’s even the hint, inadvertently, of a Sacred Heart. I’m not saying that Eddie was a saint, by the way, but more representing how the Eddie Guerrero character was so beloved by so many of us.