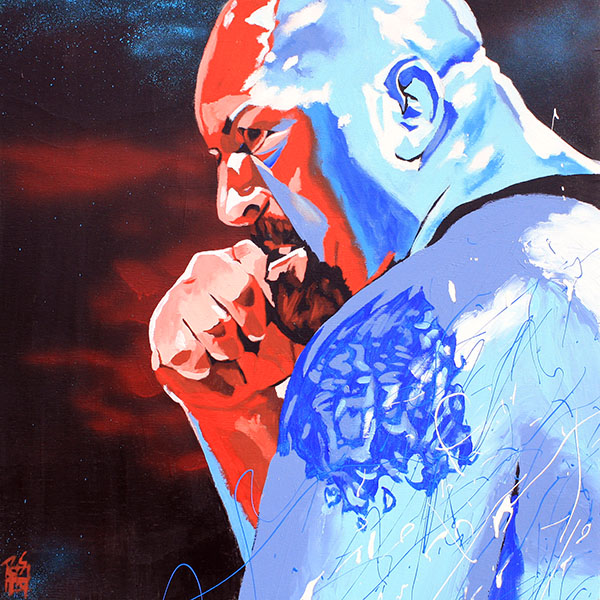 There’s an argument to be made that The Big Show is the most successful giant in pro wrestling history. Born in 1972 South Carolina as Paul Wight, the young man had a condition known as acromegaly, which is often associated with gigantism. Other wrestlers with the condition include ‘The French Angel’ Maurice Tillet, Andre the Giant and The Great Khali. Abraham Lincoln is also believe to have had acromegaly. After school, Wight had various jobs such as bouncing, bounty hunting (can you imagine?), and answering phones for a karaoke company. It was through the latter that he met Danny Bonaduce, who put him in touch with Hulk Hogan. Wight was soon signed with World Championship Wrestling in 1995 as The Giant, where he defeated Hogan in his debut match for the WCW World Heavyweight Championship, although he was soon stripped of the title due to the controversial way he won it. He later regained the belt after defeating Ric Flair, which he soon lost to the now-Hollywood Hogan after the formation of the nWo. The Giant eventually joined the nWo, winning tag gold with both Sting and Scott Hall. Following a feud with Goldberg, he faced off against fellow giant Kevin Nash before leaving WCW in early 1999.

A few days later he debuted with the then-World Wrestling Federation as a part of Vince McMahon‘s villainous Corporation group, immediately challenging Stone Cold Steve Austin. Wight soon became known as The Big Show with the company. He went on to face off against The Undertaker before a rather epic feud against the Big Boss Man that would see Boss Man stealing the coffin containing Show’s ‘father’ with the Blues Brothers Bluesmobile while Show clung to the dragging coffin. For real. It was epic. He went on to beat Triple H to become the WWF Champion before losing it back at the beginning of 2000. After battling The Rock, Show began a more comedic persona before leaving for the remainder of the year to further his training.

Show returned at the 2001 Royal Rumble, renewing his rivalry with The Rock. He was involved in the WWE version of the nWo, but then had little success following its dissolution. In late 2002 his fortunes changed dramatically when he soon entered into an intensely physical feud with Brock Lesnar for the WWE Championship. One of their matches saw Lesnar superplex Big Show from the top rope, causing the ring to implode from the force of the impact in spectacular fashion. At WrestleMania XX he had a great match against John Cena, losing his United States Championship to the rising star. He followed that with a memorable set of matches against Kurt Angle.

In 2005 he faced the sumo legend Akebono in a sumo match. He spent the remainder of the year helping establish other talent while also dominating the tag division with Kane. The next year saw him join the new WWE incarnation of Extreme Championship Wrestling, soon defeating Rob Van Dam for the ECW Championship, making him the only competitor to have held the top title for WCW, WWE, and ECW. He later lost the title to Bobby Lashley. He briefly left the company in early 2007.

Returning in 2008 he soon found himself in a match with boxer Floyd Mayweather at WrestleMania 24. The following year he had a tremendous run in the tag division with Chris Jericho, and the next year with The Miz. He has since been in a role of helping to establish newer talents or to make a tough competitor look even more dominant by being able to beat the real-life giant.

In his near-20 year career, Paul Wight has held seven world championships, being the only man to have held the WCW, ECW, WWE and WWE World Championships. He is also an eleven-time tag champion. Twenty years in the wrestling business, with those accomplishments and against all of those notable competitors is a hell of a resume to have.

About the piece: I first put down black for the background, and sprayed in some red and blue. I then painted the red areas, followed by the blues and then drizzled some paint along the bottom right corner. I wanted to use the reds to convey the violence of his massive fist and the danger in his eyes.