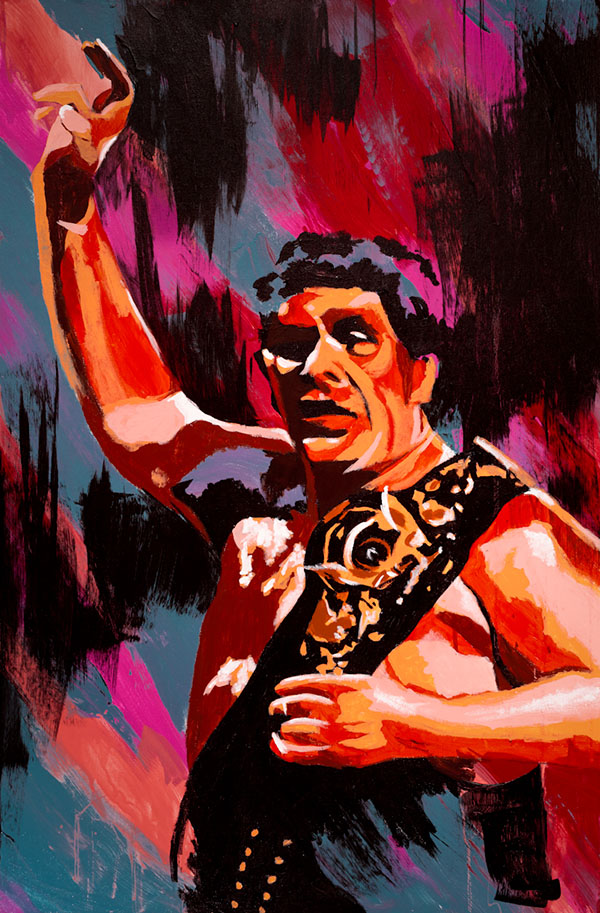 What can I say about Andre the Giant that you don’t already know? He was the biggest (physically and figuratively!) wrestling attraction in the world. In the old territory days, there were two sure-fired ways to draw a crowd: Have the NWA World Champion come in, or have Andre the Giant show up. He was as physically imposing a guy as there ever was, and by all accounts an incredibly friendly man in real life. I love reading wrestling biographies, because any guy that worked in Andre’s time eventually has a chapter dedicated specifically to the Giant.

Andre became a central figure of not just pop culture, but our society as a whole. Hulk Hogan‘s career was made by Andre, leading to a world attendance record at Wrestlemania III. Andre stole the show in The Princess Bride, which says a lot with the acting talent in that movie. Shepard Fairey made his entire brand around Andre, first with the ‘Andre the Giant Has a Posse’ stickers, then with the entire Obey Giant line, leading to reportedly a million stickers placed around the world. Fairey’s success led to his image of Barack Obama, one of the things people contribute to the candidate’s popularity and eventual presidency. So I guess you can say Andre’s influence put the first man of African descent into the White House!