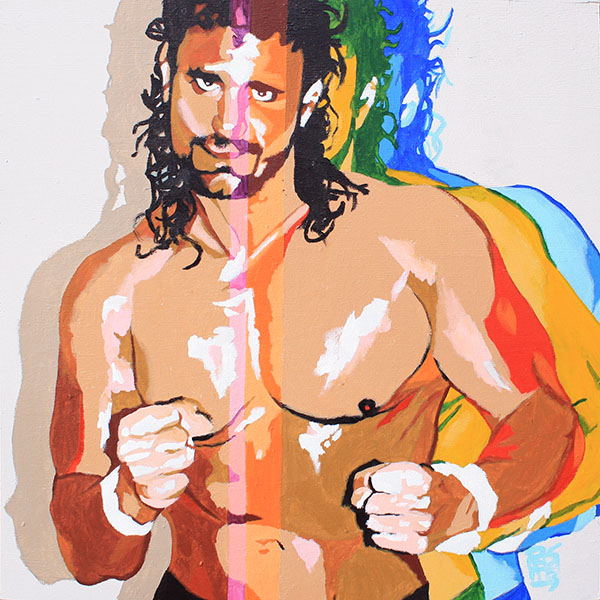 Al Perez may always be remembered in the wrestling world for what he almost was instead of his many actual accomplishments. Born in 1957 Tampa, Florida he went on to be a top-rated amateur wrestler in his home state before transitioning into pro wrestling in 1982. In Texas’ Southwest Championship Wrestling he began a long partnership with Joe Savoldi as the New York Rockers, and soon the pair would compete in Carlos Colon‘s World Wrestling Council in Puerto Rico. In the mid-80’s he began competing in Mid-South Wrestling where he and ‘Wildcat’ Wendell Cooley defeated Steve ‘Dr. Death’ Williams and Bruiser Bob Sweeten for the promotion’s tag team championship. In 1987 he quickly became a top heel in World Class Championship Wrestling as ‘The Latin Heartthrob’. Managed by Gary Hart, he had notable feuds with Kevin Von Erich, Kerry Von Erich and The Dingo Warrior aka The Ultimate Warrior. On August 21, 1987 he defeated Kevin Von Erich for the WCWA World Heavyweight Championship and held it for several months before losing it on May 6, 1988 to Kerry Von Erich.

He soon moved on to the National Wrestling Alliance’s Jim Crockett Promotions in 1988 with Gary Hart and teamed with Larry Zbyszko and feuded with Nikita Koloff and Dusty Rhodes. The next year he competed in Dusty’s promotion in Florida, competing with Mike Graham and Rhodes. In 1989 he had a brief run with the World Wrestling Federation as an enhancement talent, putting over workers like the Brooklyn Brawler, Koko B Ware, the Red Rooster and Bret Hart. In 1990 he briefly worked under a mask as The Black Scorpion against Sting, but soon quit before being unmasked. This led to one of wrestling’s great disappointments, where several men worked as The Black Scorpion before Ric Flair was finally unmasked, and the angle was quickly dropped. He made appearances on the independent circuit before finally retiring from wrestling in 2002.

About the piece: I wanted to play around with separating the figure out by the channels of color used to produce a photograph. You’ll here it referred to as ‘CMYK’, where a print is made using layers of Cyan (Blue), Magenta (Red), Yellow and Black. I’d seen other artists work that way and thought it would be fun. So, there’s the main figure done in flesh tones, with two vertical stripes, one of the magenta channel, and another of the magenta and yellow channels. There’s then the two layers behind him that are slightly to the right, one of the yellow channel and the other of the cyan. After spending all day on this, my 100th Champions Collection portrait, I show it to my studio mate who simply says, “Fabulous.” Whoops. It does look like a rainbow, doesn’t it? So to answer your question, I am not making any claims about Al Perez’ lifestyle. It was me playing around with the visuals of an old printing process.